Taga Castle was the administrative headquarters and de facto capital of Michinoku Country during most of the years of the Emishi Wars of the eighth century.  It was built in AD 724 under the direction of Oono no Asomi Azumahito, the General Peace Guard (chin'ju shogun) who continued in the position as the head of the Michinoku government for the next twenty years.  Taga Castle was the most important of the forts that were built in the Sendai plain in the eighth century AD as the strategy of building a line of forts was begun with the intent of holding down the Emishi and making in roads into their territory.  This policy was vigorously contested by the Emishi, first from those fushu who were part of Japan's army at the beginning of the war, but turned against them, and then by still independent Emishi further north who lived along the Kitakami River.

Steps leading up to the administrative buildings. 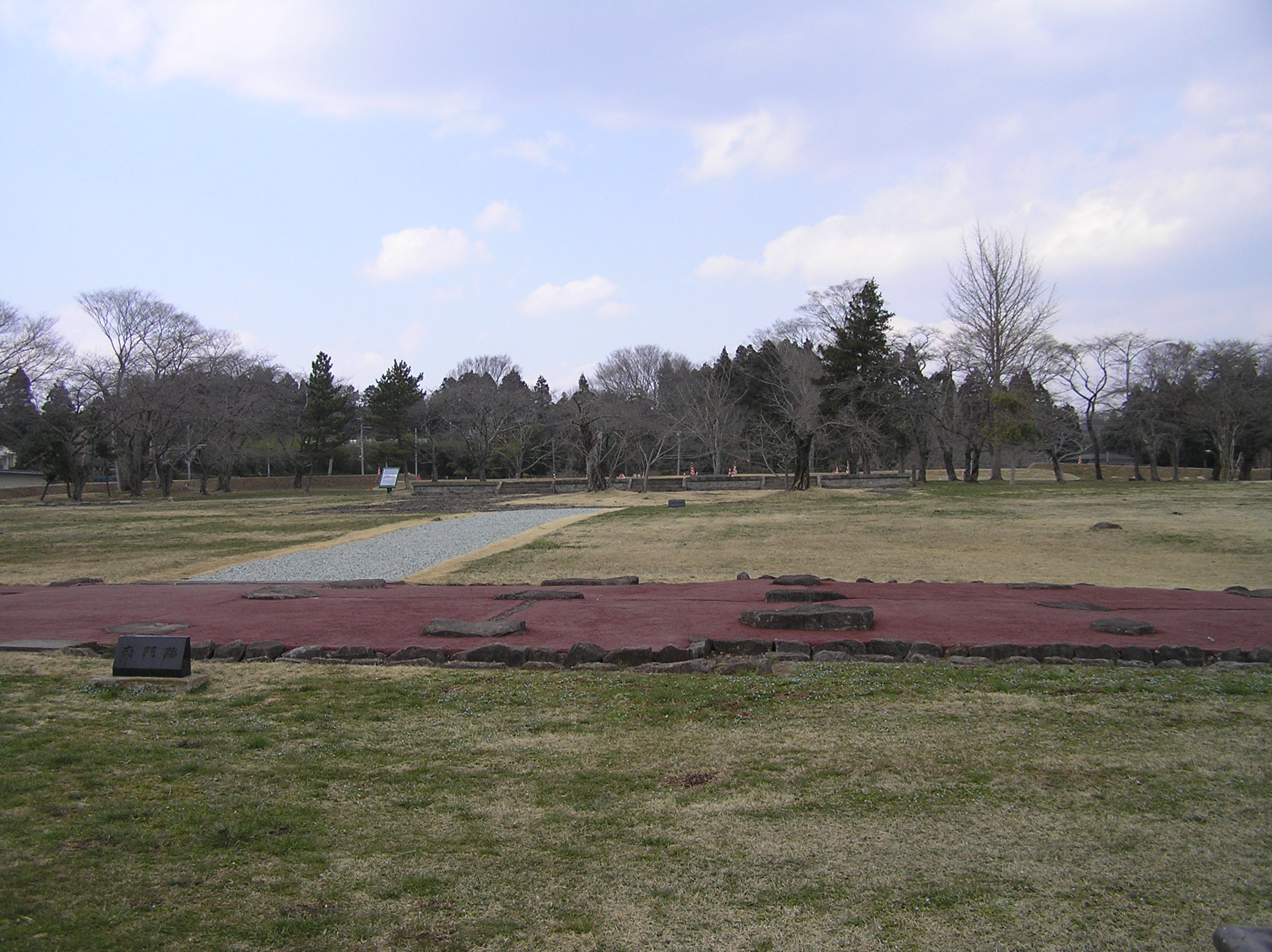 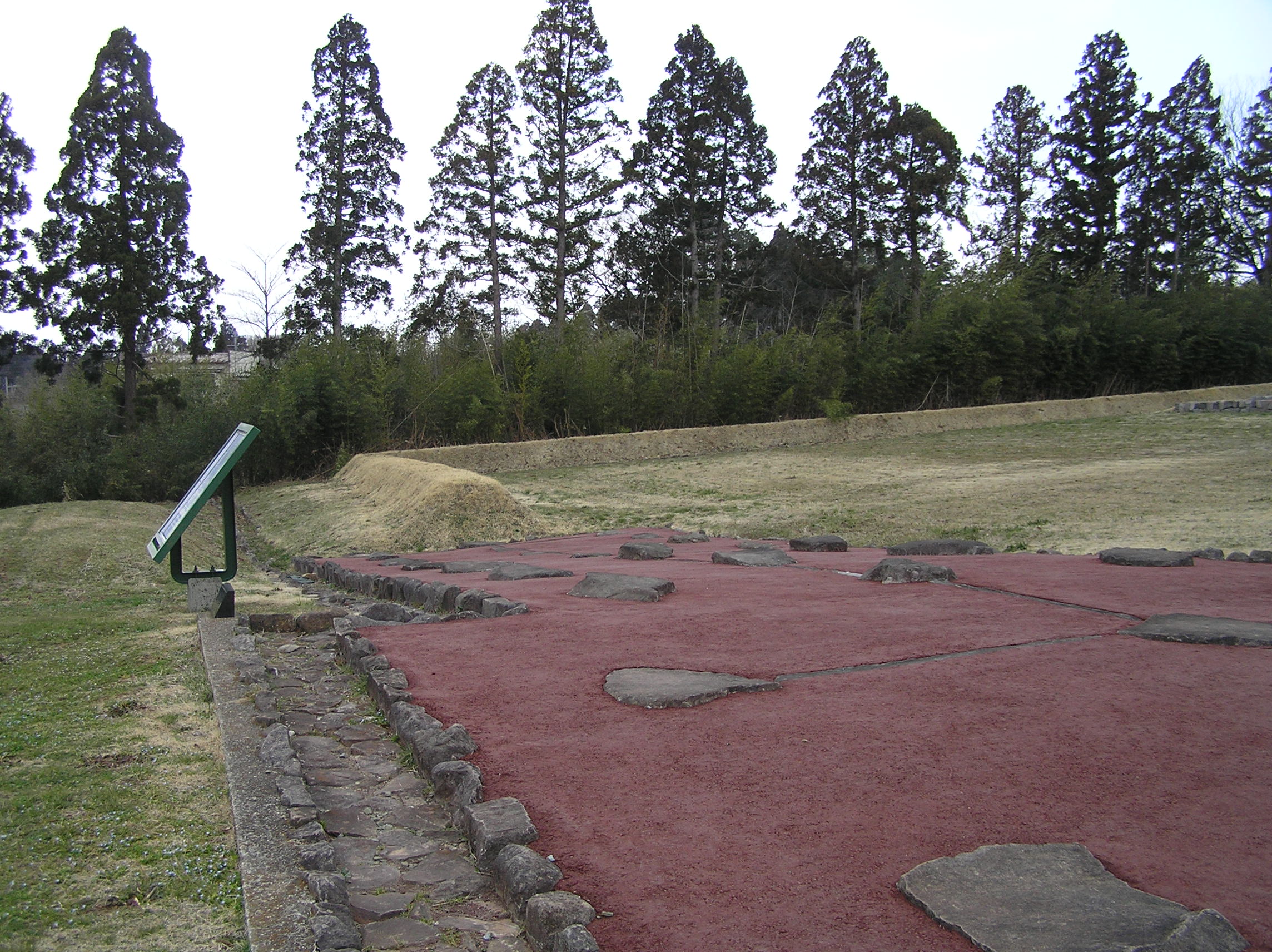 Remains of the wall extending west from the main gate. The foundations all have cement filling the base that was poured in modern times to protect the ancient pillar stones. 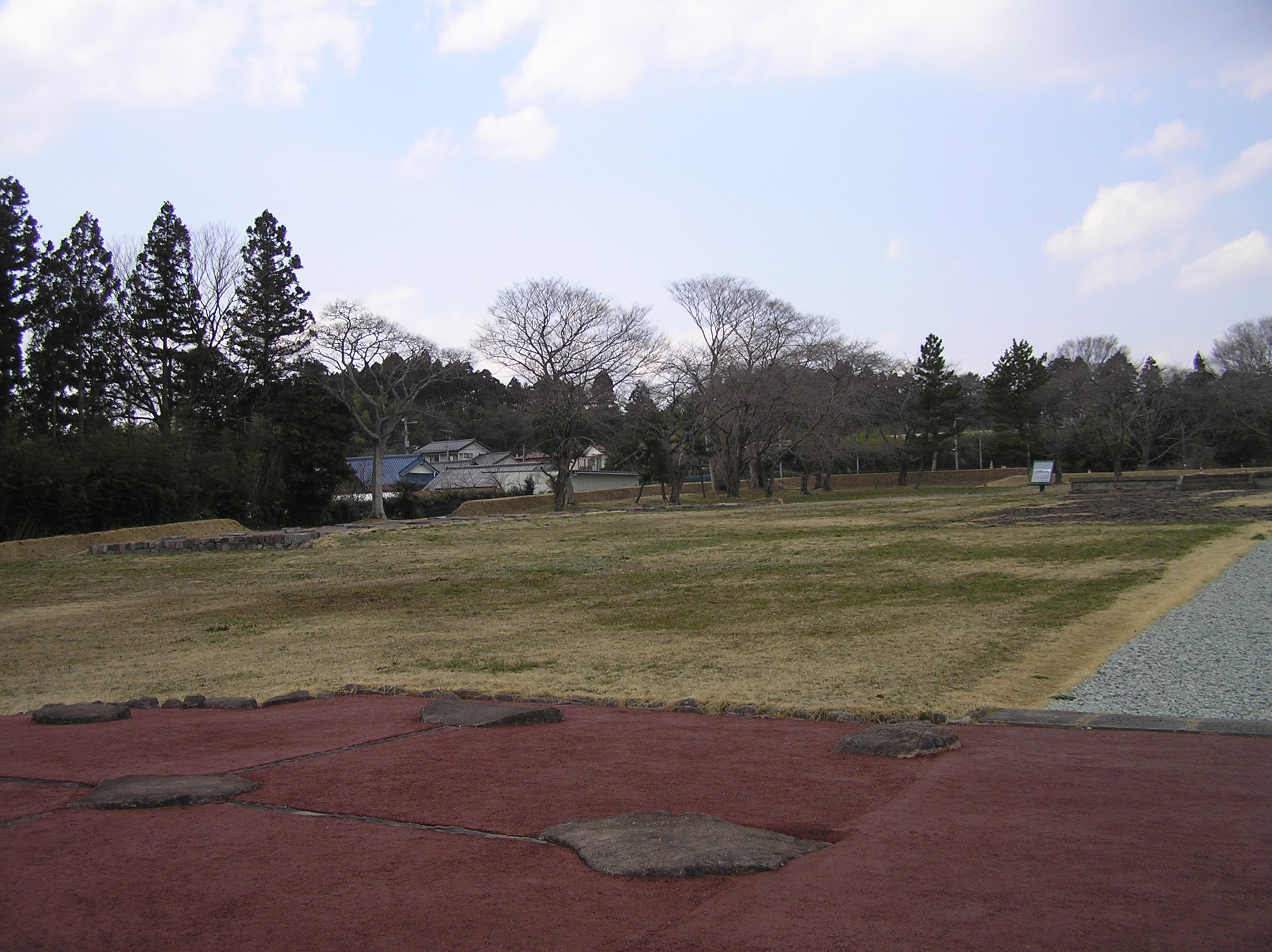 Looking towards the west wall, and remains of another smaller building foundation.  The main building is to the right. 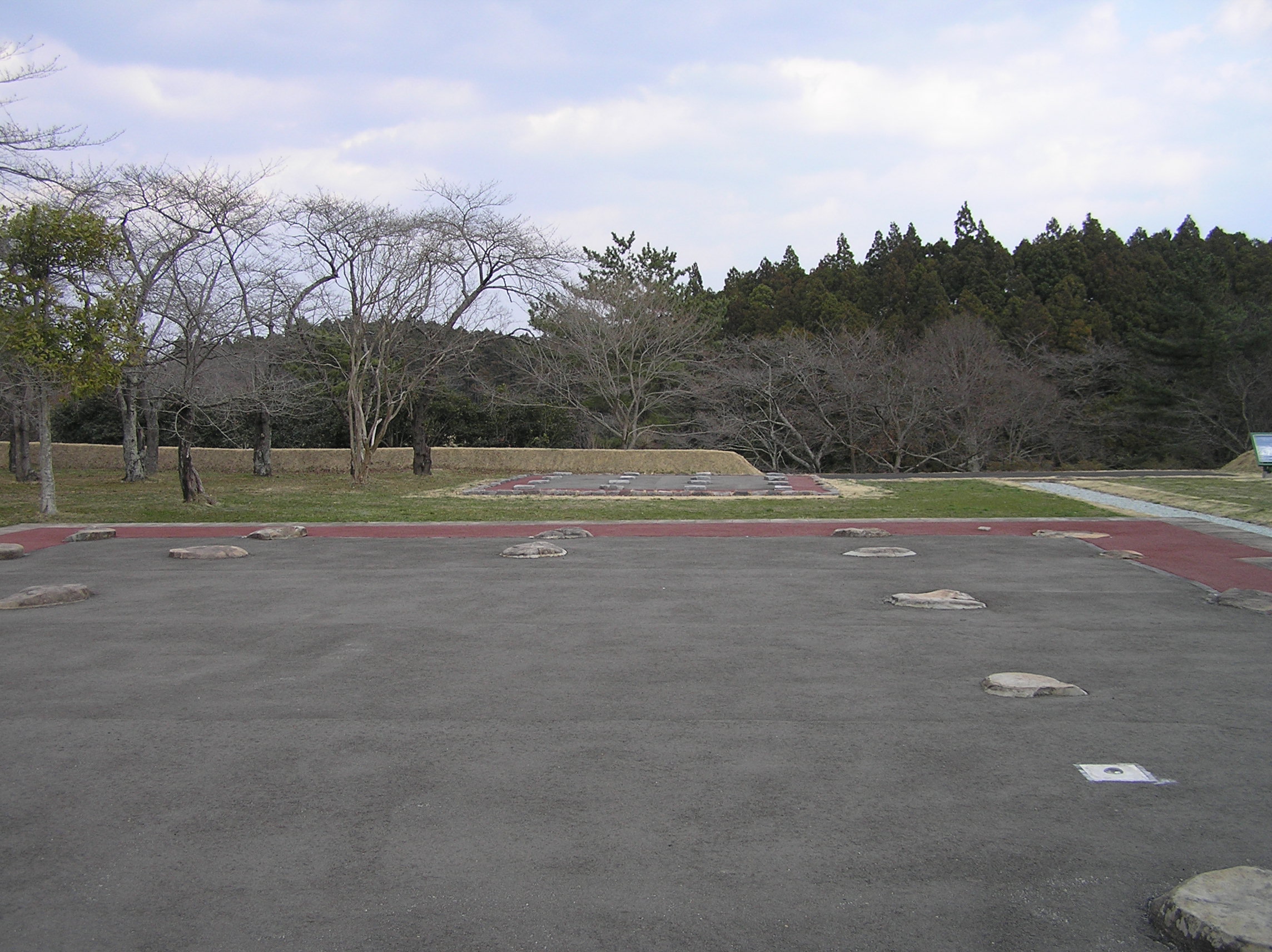 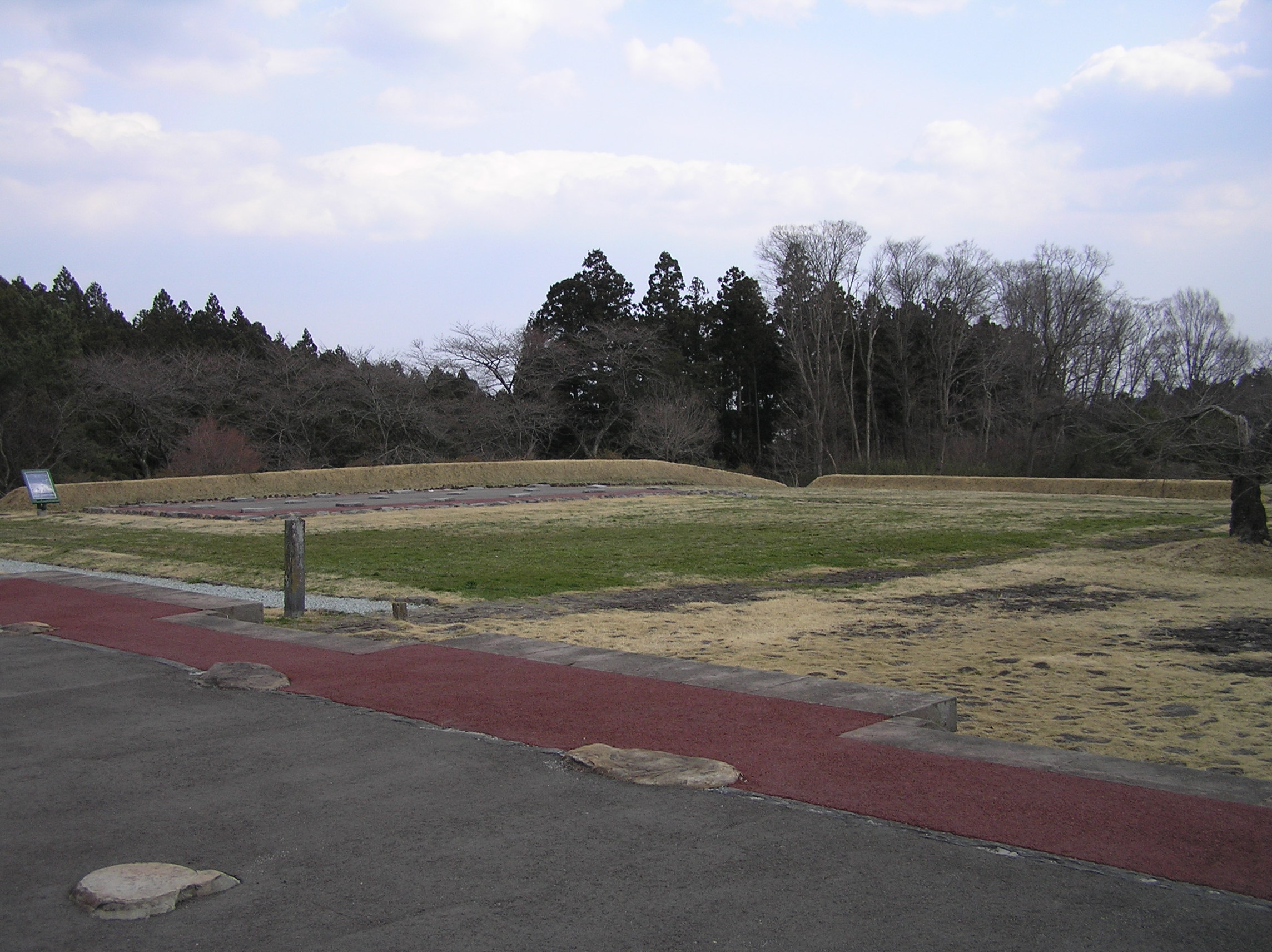 From the main building looking southeast. 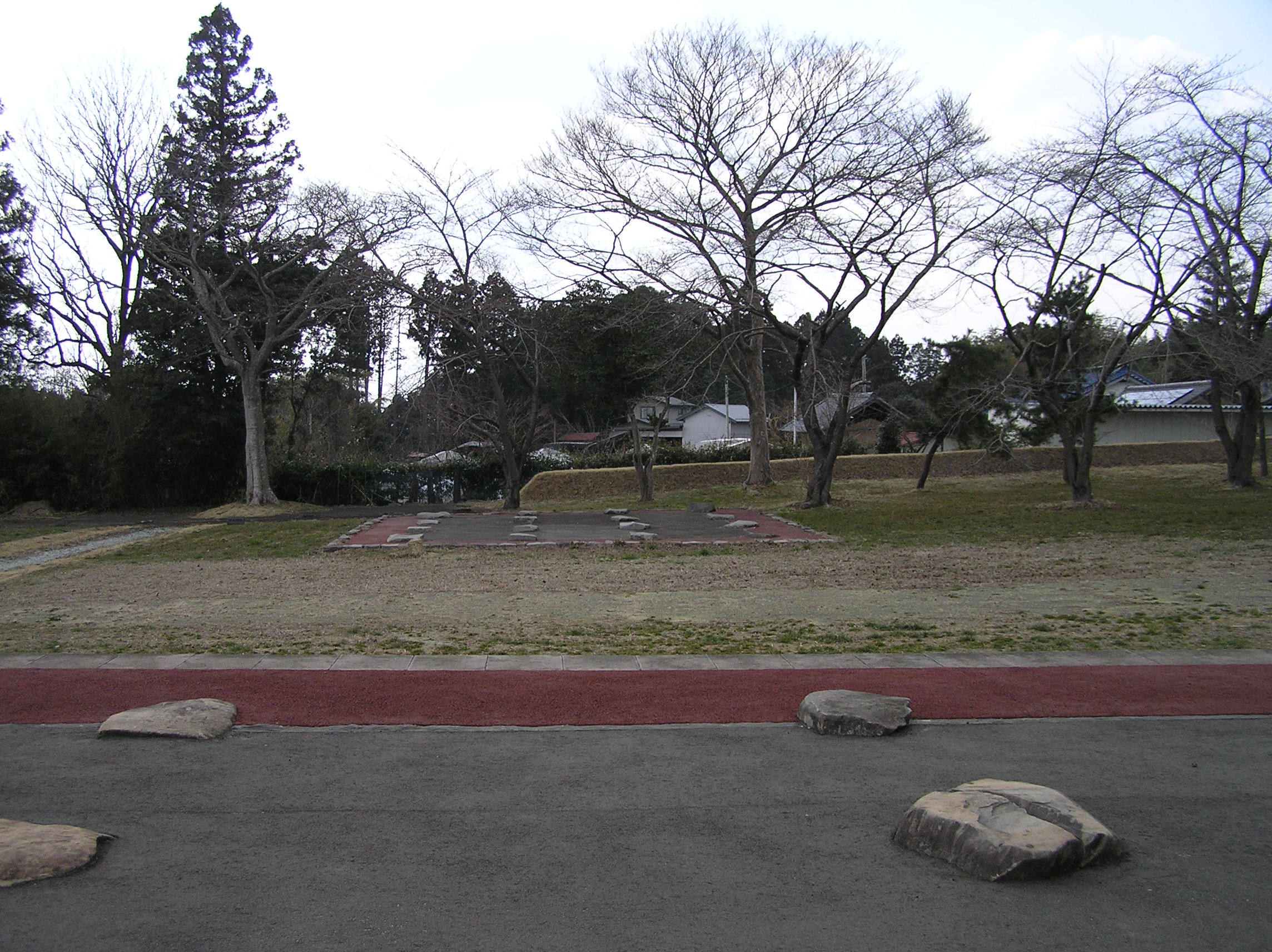 From the main building looking west at another building foundation. 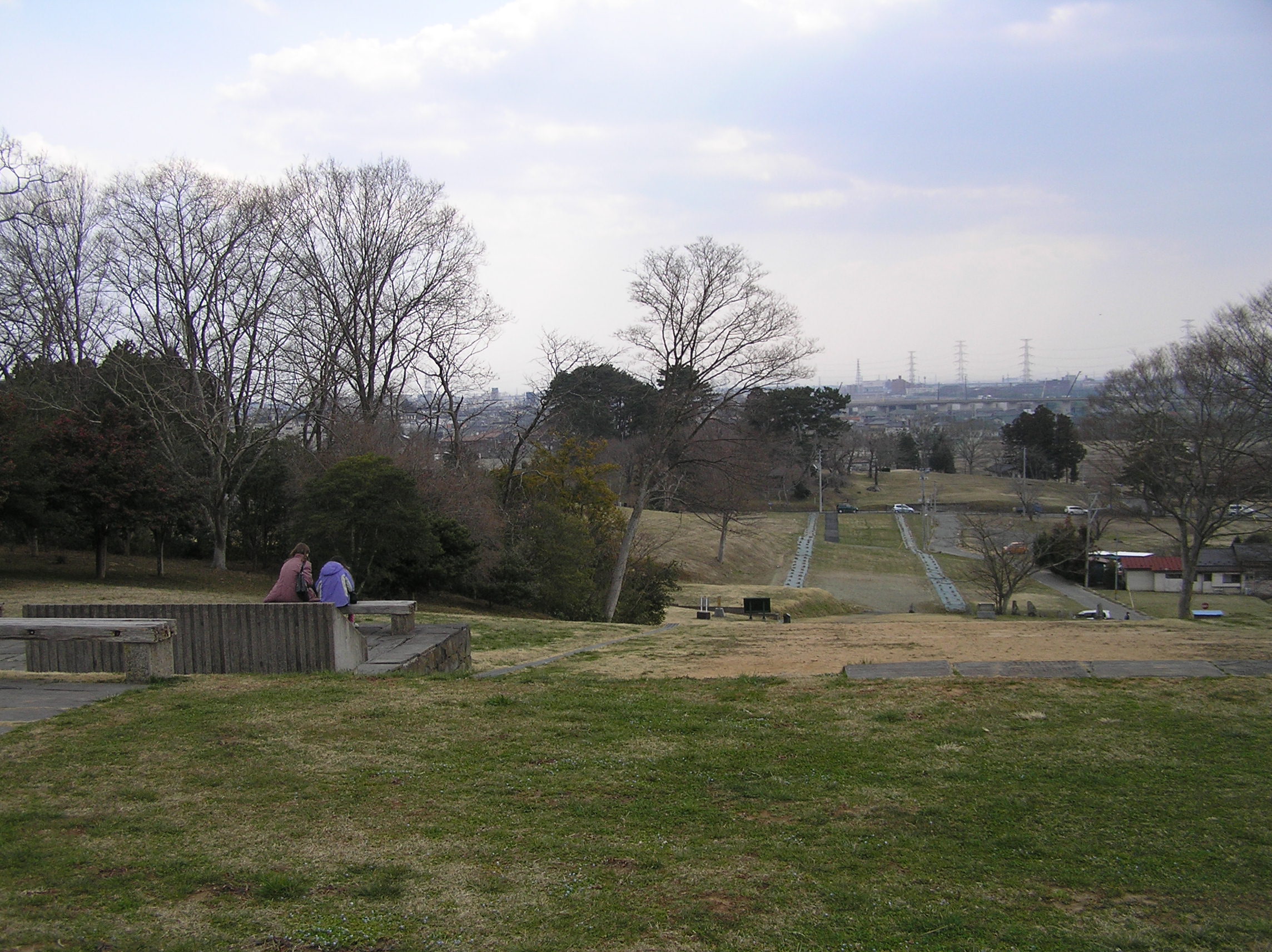 Looking down the steps from just outside the south gate.  Directly in the center beyond the steps is a knoll with trees and underneath that is the tagajou ishibumi stone monument.

A scale model of the building complex. The main south gate is in the foreground.  The main administrative building is in the center top.  Smaller buildings surround the main building in a symmetrical pattern, an example of the way buildings were laid out in the Nara period.  This was where the castle's administrative buildings were located and made up the inner castle, however, the perimeter of the outer castle was much larger and surrounded not just the stone monument but the entire hill upon which this stood.   The outer area was the where the quarters for the soldiers and lower ranking officers were located.  The model is displayed in the Tohoku History museum (tohoku rekishi hakubutsukan) located about a kilometer south of the site.