The castle site of Iji jou (Iji castle, known in ancient times as Korehari castle) is in the midst of a small city known as Kurihara City.  Formerly during the Nara period the area was known as Korehari district where the Emishi Azamaro started his war against the Japanese state.  The site was surrounded by houses and looked like an empty field about the size of a city block in the midst of the houses.  The only way we could tell it was an historical site and not a field or park was the historical marker sign giving details of the site pictured below.  There were raised lines on the field, probably from previous excavation work.  It was here that one thousand two-hundred and thirty years ago the war between the Emishi and Japanese state had reached a new stage where the former began to push back the gains the Japanese had made in the past hundred years.  It was in this region where Azamaro's home was located.  The translation of the first two-thirds of the sign (up to the paragraph break) follows the photo. 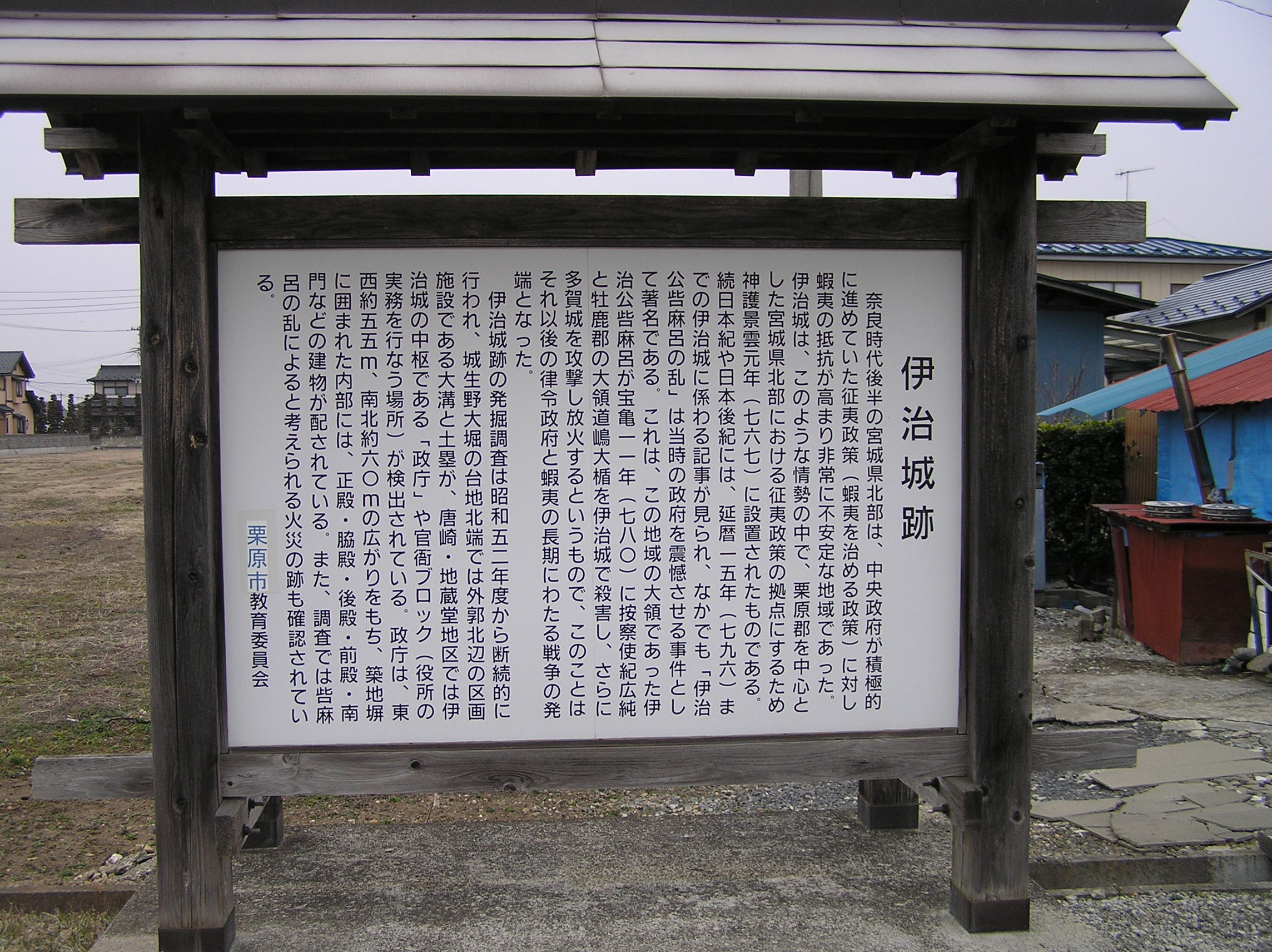 In the latter half of the Nara period in northern Miyagi Prefecture, the central government pursued a policy of suppressing the Emishi, and the Emishi in turn were in a heightened state of resistance so the area was in a bad state.  Iji Castle was built in AD 767 to control the Korehari district of northern Miyagi.  In the Shoku nihongi until Engi 15 (AD 796) there are records of Iji Castle that are seen, and in these Korehari Kimi Azamaro's battle is an incident that shook the government considerably.

This is when this areas powerful (Emishi) leader Korehari Kimi Azamaro killed the inspector (ansatsushi kikaku) and leader of Ojika district, Otate Michishima at Iji Castle in Hoki 11 (AD 780), and then proceeded to attack Taga Castle which was burned.  This was the start of the long war between the Emishi and the Ritsuryo government.  (Last line) After investigating the remains there is evidence of a widespread fire that is thought to have taken place during this incident.

Koreharu City Board of Education 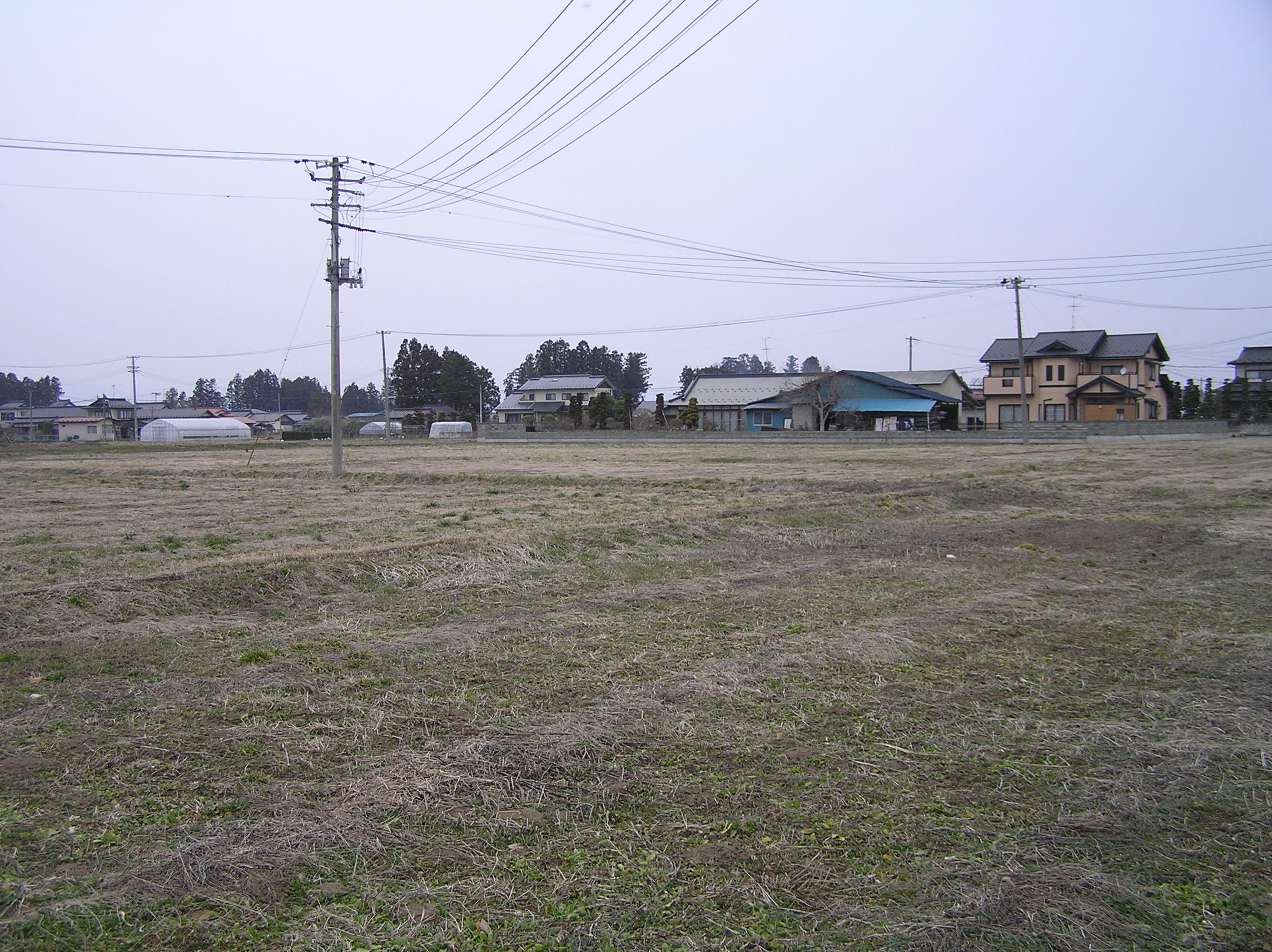 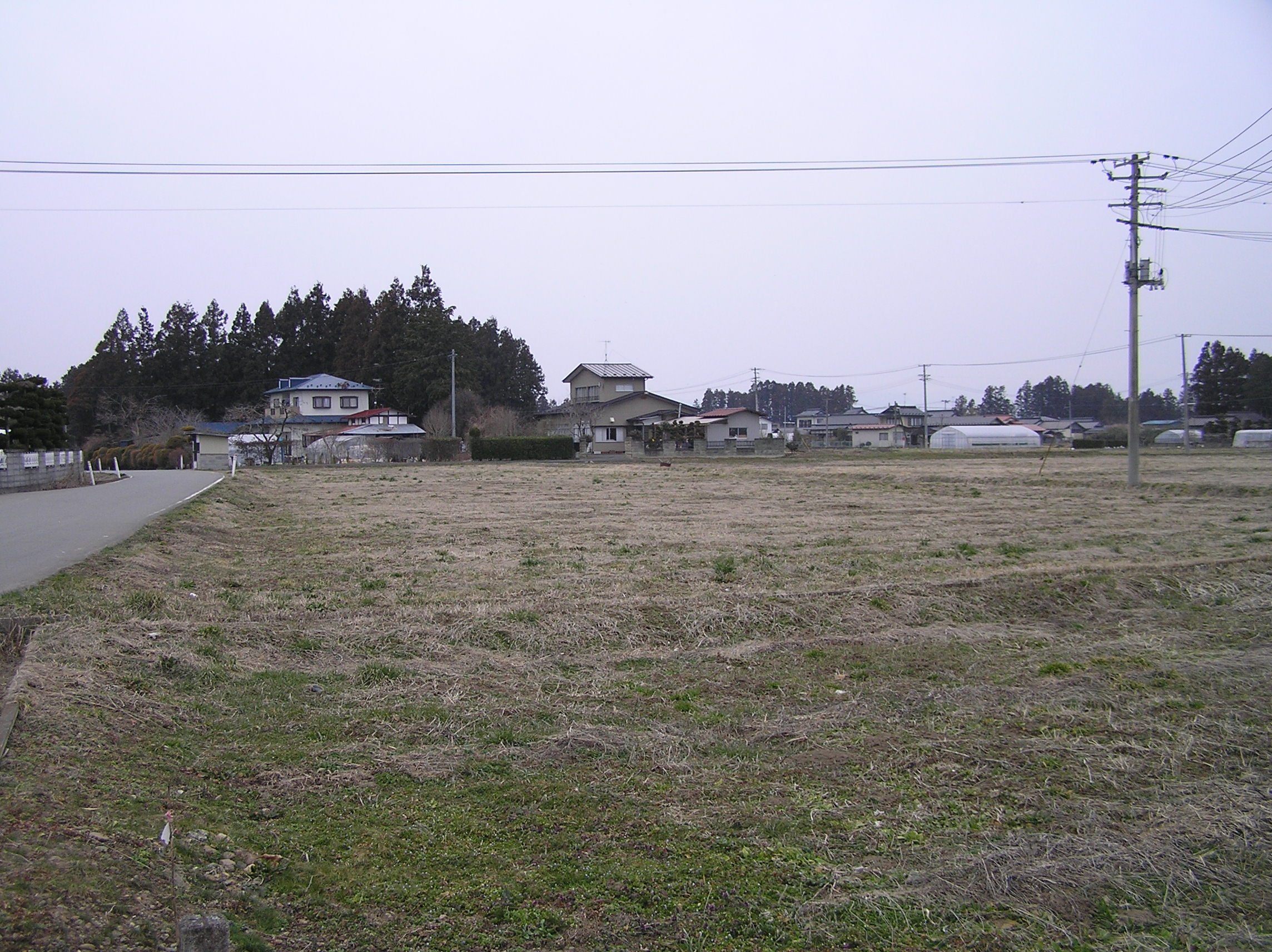